Investing in the future: What the top CEOs are doing 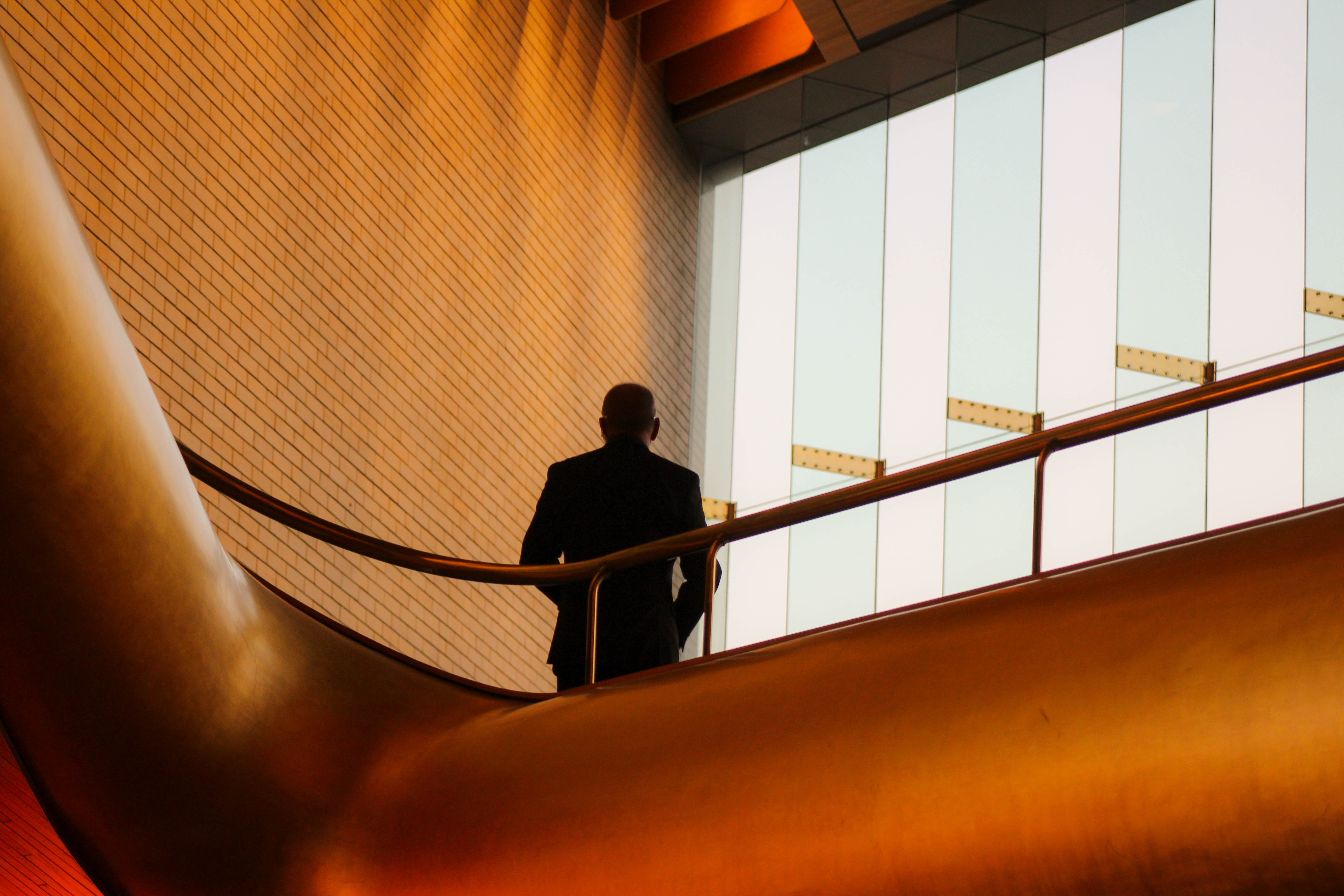 Success stories make us feel inspired, and taking a glance into the lives of people who made it to the top, certainly gives us that dose of motivation we all need. So here are the stories of the 5 individuals who became the most successful CEOs of our time (in no particular order) and how they made it!

Bezos started his career in Wall Street. His career took off in a very promising manner. When he was working in a company that specializes in the application of computer sciences in the stock market, he came across a digit that changed his life. While surfing the web in search of new ventures for the company, Bezos found a statistic that the World Wide Web was growing by 2300% a month. Bezos immediately understood the potential prospects of selling products online. Even though his firm didn’t want to let him go, Bezos decided it was worth a shot. He moved to Seattle and targeted the untapped potential of the internet market by opening an online bookstore. Bezos decided on the name Amazon.com after looking through the words that start with A in the dictionary relating the resonance between one of the planet’s longest rivers and largest bookstore. With no press promotion, Amazon.com sold books across the United States and in 45 foreign countries within 30 days. In two months, sales reached $20,000 a week, growing faster than Bezos and his startup team had envisioned. At present, Amazon is one of the biggest online retail marketplaces with state-of-the-art delivery systems all over the globe along with one of the best customer services.

In 2004, Bezos founded an aerospace company named Blue Origin, aimed at developing new technology for spaceflight, with the ultimate goal of establishing “an enduring human presence in outer space.” On November 24, 2015, Blue Origin made headlines when they successfully managed to send a rocket to suborbital space and land it safely onto a landing pad after takeoff while they were testing their New Shepard space vehicle.

From revolutionizing the way we buy and read books, to creating a private spaceflight company aimed at the people, to launching a plan for the use of drones in package delivery, Bezos always challenges the norm. His success comes from his strong desire to learn new technologies, hard work, and, of course, his distinctive leadership qualities.

Also known as the Investment Guru of the business world, Warren Buffett is one of the most successful investors of all time. Born in 1930, this businessman had a knack for making clever financial decisions from the very beginning of his career. The son of a U.S. congressman, he first bought a stock at age 11 and first filed taxes at age 13. He was successful in identifying undervalued companies, which eventually made him a millionaire. One such enterprise Buffett valued was a textile company named Berkshire Hathaway. He began accumulating stock in the early 1960s. He formed Buffett Partnership Ltd. in 1956. By 1959, Warren had opened a total of seven partnerships and had a 9.5% stake in more than a million dollars of partnership assets. Three years later, Warren was now a millionaire and merged all of his partnerships into a single entity. By 1965 he had assumed control of Berkshire Hathaway.

As a value investor, Warren is a sort of jack-of-all-trades when it comes to industry knowledge. Berkshire Hathaway is a great example. Buffett saw a company that was cheap and bought it, regardless of the fact that he wasn’t an expert in textile manufacturing. Gradually, Buffett shifted Berkshire’s focus away from its traditional endeavors, instead of using it as a holding company to invest in other businesses. Over the decades, Warren has bought, held, and sold companies in a variety of different industries. But business has not always been rosy for Buffett. He has faced investigations against fraud and even possible bankruptcy. But he dealt with these issues with a steady hand and came out successful. During the Great Recession, Warren invested and lent money to companies that were facing financial disaster, which later on turned out as great investments as well. Now he runs Berkshire Hathaway, which owns more than 60 companies, including insurer Geico, battery maker Duracell and restaurant chain Dairy Queen. With Bill Gates, he launched The Giving Pledge in 2010, asking billionaires to donate half their wealth to charitable causes.

With a vision to accelerate the transition to a sustainable energy future, Elon Musk has revolutionized transportation both on earth and in outer space. Born in 1971, in South Africa, this visionary completed his undergraduate degree in economics and stayed for a second bachelor’s degree in physics. After leaving Penn, Elon Musk headed to Stanford University in California to pursue a Ph.D. in energy Physics. However, his move was timed perfectly with the internet boom, and he dropped out of Stanford after just two days to become a part of it, launching his first company, Zip2 Corporation. An online city guide, Zip2 was soon providing content for both The New York Times and the Chicago Tribune. In 1999, a division of Compaq Computer Corporation bought Zip2 for $307 million in cash and $34 million in stock options. His second company, X.com (later known as PayPal) was founded in 1999, which he later sold at a billion dollars in 2002. Elon Musk is the co-founder, CEO, and product architect at Tesla Motors, a company dedicated to producing affordable, mass-market electric cars as well as battery products and solar roofs. Within 2017, Tesla Motors surpassed General Motors in becoming the most valuable car-maker in the USA.

Musk founded his third company, Space Exploration Technologies Corporation, or SpaceX, in 2002 with the intention of building spacecraft for commercial space travel. By 2008, SpaceX got the contract to handle cargo transport for the International Space Station—with plans for astronaut transport in the future—in a move to replace NASA’s own space shuttle missions. Besides his roles in Tesla and SpaceX, Musk has continually been attempting to make his ideas into reality. He faces much criticism for his innovative ideas, but he never lets them stop him from trying to build a sustainable future for the human race.

Since August 2011, Tim Cook has been serving as the CEO of the renowned Apple Inc. Born in 1960, he received his formal education in Industrial Engineering and completed his MBA. He worked for the computer manufacturer International Business Machines Corporation (IBM) from 1982 to 1994. He was also the CEO of the reseller division at the computer retailer Intelligent Electronics, Inc. from 1994 to 1997. When Cook joined Apple in 1998, the company was on the verge of collapsing. According to him, prior to accepting his job at Apple, he was highly discouraged from doing so on the grounds that the company’s future looked very bleak. Besides the innovative technology of Apple’s products, Cook’s successful streamlining of the company’s supply chain and operations were very critical. Cook moved the manufacture of Apple products away from its own factories to outside contractors. Gradually, Cook rose to executive vice president for managing worldwide sales and operations, along with leading the Macintosh division and continued development of reseller/supplier relationships. He was the chief of the Macintosh division in 2004 and in January 2009, when the founder and then CEO Steve Jobs took a leave of absence, Tim Cook was announced the interim CEO. Two months before Jobs’s death in October 2011 Tim Cook was officially announced as the Chief Executive Officer. Within months, Apple’s stock price nearly doubled, and sales remained strong. In May 2014, Apple announced its biggest acquisition to date when it bought Beats Music and Beats Electronics. Following this, at the Worldwide Developers Conference in June 2014, Cook announced the latest version of the Apple operating system for desktop and mobile, OSX Yosemite. In September of the same year, Cook unveiled the iPhone 6 and iPhone 6 Plus, both of which had larger screen sizes and came with new features such as Apple Pay and “Burst Selfies.” He also announced the first new product under his reign, a wearable device to track fitness and health, the “Apple Watch,” available for purchase in 2015. In 2017, Apple created tech buzz through the new facial recognition feature in the iPhone X. Throughout many controversies, Apple has been able to retain one of the top positions with a business motto of “advancing humanity”.

It is almost impossible to have lived in today’s era and not have heard of the founder and CEO of Facebook, Mark Zuckerberg, the youngest billionaire on the planet who created the social network that now has 1 billion monthly active users. Born in 1984, he got his first programming lessons from his father at the age of 10. At the age of 12, he programmed his first messenger, which could connect computers to each other and allowed him to transfer messages between his house and his father’s dental office. After graduating from prep school, Zuckerberg enrolled in Harvard University, where he became quickly renowned as the go-to computer programmer on campus. By his sophomore year, he had already built two programs: CourseMatch and FaceMash which became wildly popular, but the latter program was shut down as it used the information and images (which was hacked) from the university database.

In February of 2004, Zuckerberg dropped out of college to start “The Facebook,” which took the goals of the traditional FaceMash and combined them with the social networking of Myspace-like sites. On this site, any Harvard student could create an account, and by the end of the month, more than half of the undergraduates had done so. Zuckerberg expanded the service quickly, offering it to all Ivy League schools by the end of the spring and more schools the following semester. By the end of 2004, The Facebook had over one million registered users. The advertising revenue made it easier to raise venture capital, and Zuckerberg and his associates purchased the facebook.com domain from its previous holder and dropped the “The” from the site’s name. Over time, Facebook became even more inclusive, opening its doors to all college students, faculty members, and alumni (anyone with a confirmed educational-domain email address), and in 2006 added networks for high school students. Since the fall of 2006, the site has been open to anyone who wishes to join. And after this, a Facebook ‘epidemic’ started.

Since then, various social media sites have surfaced on the internet but none could achieve the popularity Facebook has. Zuckerberg, later on, acquired many other companies like Oculus Rift, Whatsapp, and Instagram. Through the Chan Zuckerberg Initiative, Mark Zuckerberg and his wife pledged to donate 99% of the profits from Facebook to promote human potential, equality, and world development.

As inspiring as the stories of these CEOs are, here are our two cents on entrepreneurship in Bangladesh and its challenges. Don’t forget to check it out!